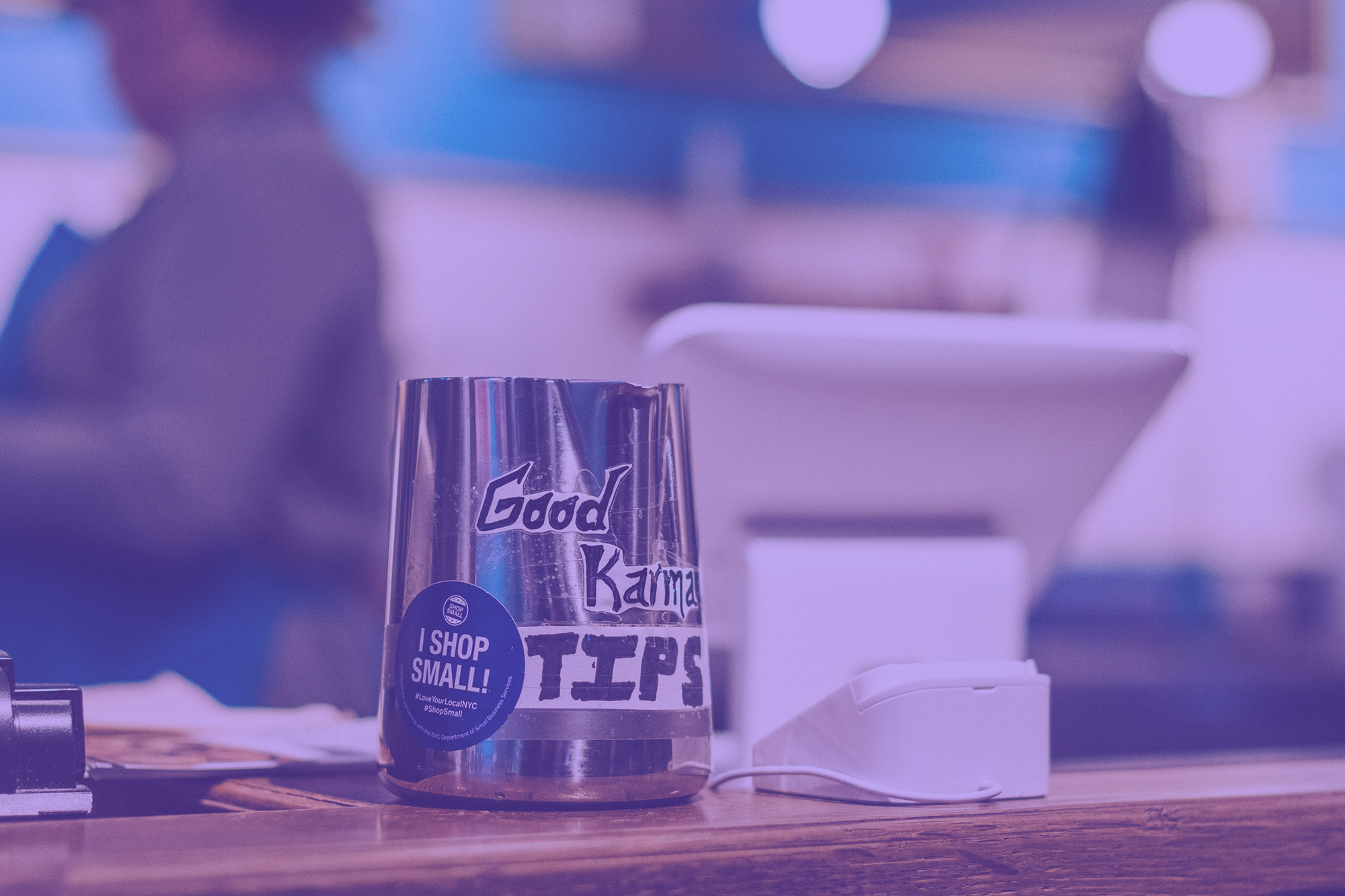 What is the Tipped Subminimum Wage?

With a federal tipped subminimum wage frozen at $2.13, these workers can earn as little as $4,430 a year for full-time work, with the remainder of their income solely derived from tips. Although employers are required to ensure that workers are paid at least the overall federal minimum wage of $7.25 an hour, the US Department of Labor reports that 84% of employers investigated violate the regulations created to protect tipped subminimum wage workers.  Consequently, tipped workers in the 43 states that allow the subminimum wage are more than twice as likely to live in poverty and rely on Medicaid than the rest of the workforce. These low wages affect a workforce that is majority women and disproportionately include people of color.

Why End the Tipped Subminimum Wage?

Every person who works in America should be paid at least a full, fair minimum wage from their employer. The tipped subminimum wage exacerbates income, racial, and gender inequities that harm workers and present significant business risk. Paying workers a full minimum wage is just, equitable, and has financial benefits for workers and businesses alike.

The subminimum wage for tipped workers is a legacy of slavery that emerged following Emancipation to exploit recently-free enslaved Black people, particularly Black women. Today, the practice of paying workers a subminimum wage and requiring them to rely on tips serves to uphold systemic racism because workers of color earn far less in tips than their white coworkers, due to both segregation of workers of color into more casual restaurants and customer bias in tipping . For example, Black women earn only 60 percent of what white men earn in the same front-of-house positions. Given these disparities, paying a submininmum wage may be a direct contradiction to a corporation’s anti-discrimination policies and increase the risk of employee discrimination claims.

The COVID-19 pandemic has worsened the already-dire circumstances facing tipped workers. In the last six months, nearly 1 in 4 workers who lost their jobs worked in the restaurant industry. Despite massive layoffs, 60 percent of workers surveyed reported being unable to access unemployment or unsure whether they could, and many were denied because they earned too little to claim benefits. Amid the continued pandemic, the subminimum wage has also become a critical barrier to ensuring public health, as restaurant workers forced to rely on diminishing tips fear enforcing safety measures upon the very customers who pay a substantial portion of their wages. Worst of all, 40% of workers surveyed reported a notable change in sexual harassment during the pandemic, with hundreds of women reporting that male customers have asked them to remove their masks so that they could judge their looks and therefore their tips on that basis.

In an era of increasing public awareness of gender, racial, and economic justice, the practice of paying a subminimum wage that exacerbates poverty and inequality among vulnerable populations is bad for business. In fact, 60% of respondents to a recent survey reported that they would boycott a brand for racial justice reasons. At the same time, paying the full minimum wage has tangible financial benefits for businesses, including: higher average profits, higher average employment growth for tipped workers and higher average organizational growth, lower poverty rates among tipped servers, increased worker morale, worker health, and lower turnover rates, all contributing to better business for employers.

What is the Livable Wage Campaign?

The Livable Wage Campaign launched in May of 2020 and is a joint effort between One Fair Wage and Adasina Social Capital. Our goal is to push publicly traded companies companies to end the subminimum wage for tipped workers in their companies, and pay all workers a full minimum wage with tips on top. This project was launched with a public statement written to publicly traded companies by  a coalition of over 65 institutional investor groups representing over $538 billion in managed assets, calling on these companies to end the subminimum wage for tipped workers, or risk divestment. This coalition includes Everence and Praxis Mutual Funds, Boston Trust Walden Funds and Wealth Management, Seventh Generation Interfaith Coalition, Trillium Asset Management, and Abacus Wealth Partners.

In order to launch this database, our team reached out to dozens of large companies to ask if they pay any of their employees the subminimum wage for tipped workers. We included companies who were listed in publicly available databases that met our criteria: U.S. based publicly traded companies that are listed as full service restaurants and, therefore, might employ tipped workers.

This website is being used to actively track company responses to our inquiries and update any policy changes that may be made regarding the subminimum wage for tipped workers in a timely manner.

If you have any questions or suggestion please contact us as info@liveablewagecampaign.com

We use cookies on our website to give you the most relevant experience by remembering your preferences and repeat visits. By clicking “Accept”, you consent to the use of ALL the cookies.
Cookie settingsACCEPT
Manage consent

This website uses cookies to improve your experience while you navigate through the website. Out of these, the cookies that are categorized as necessary are stored on your browser as they are essential for the working of basic functionalities of the website. We also use third-party cookies that help us analyze and understand how you use this website. These cookies will be stored in your browser only with your consent. You also have the option to opt-out of these cookies. But opting out of some of these cookies may affect your browsing experience.
Necessary Always Enabled
Necessary cookies are absolutely essential for the website to function properly. This category only includes cookies that ensures basic functionalities and security features of the website. These cookies do not store any personal information.
Non-necessary
Any cookies that may not be particularly necessary for the website to function and is used specifically to collect user personal data via analytics, ads, other embedded contents are termed as non-necessary cookies. It is mandatory to procure user consent prior to running these cookies on your website.
SAVE & ACCEPT